“Y” that came in our life last decade 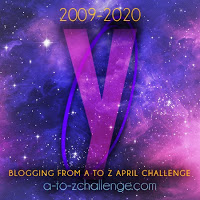 So the “Y” introduced us to being a YouTuber and we started experimenting with yogalates too. Don’t wonder what these words are, let me tell a brief about them. The first word I wanna share with you is yaaasssssssssssss you guessed it right…..didn’t you… arey its yaassssss what else…

This one is best expressed “YASS!” and maybe even with a few extra S’s — for added emphasis. That said, this one’s pretty simple: It simply means “yes!” albeit in a more enthusiastic (and slightly more annoying) way.

The Urban Dictionary defines it alternately as: “A word used to express extreme excitement, usually followed by a swift fist pump. It can also be used to agree with someone who has a great idea.”

Why did we all suddenly start changing the “e” in “yes” to an “a” and then elongating it as much as possible?

When you’re SO EFFING EXCITED about something that you have no other words for it, you yell “YAAAAAAAAAAS!”

Ok here is another slang for you-

Yeet is an exclamation of excitement, approval, surprise, or all-around energy, often as issued when doing a dance move or throwing something.

Oxford dictionary definition: A person who uploads, produces, or appears in videos on the video-sharing website YouTube.

–  the app makes using YouTube on your mobile device easy. You can upload, share and view videos

Check out my YouTube channel for random kisse, kahani and kavitaye.

two forms of exercise that really grew in popularity over the past decade were yoga and pilates. While the 80s and 90s were all about aerobics, during the 2000s, more people took up these two gentler forms of exercise in order to get fit, both of which were popularized by celebrities. Yogalates is a brand new form of exercise that’s a mixture of both, and the name reflects this.

“You only live once;” used to express the view that one should make the most of the present moment without worrying about the future (often as a rationale for impulsive or reckless behavior).

YOLO was a popular acronym in 2011 and 2012, short for “you only live once.” Often shouted before doing something reckless or fear-inducing, the spirit behind the word was that you should live in the moment and do the crazy things you’re afraid of.

Though Drake claims that he coined the term YOLO in his song “The Motto” in 2011, KnowYourMeme found that the first use of the acronym occurred in 2004 on the NBC reality show “The Average Joe.”

So now when it comes to digital technology sorry to share but we had to say bye to a very popular technology of its time.  Yes, you guessed it right its yahoo messenger.

One of the most popular communication platforms of the 90s and noughties bid adieu. RIP Yahoo! Messenger

Lenovo Yoga (stylized as Lenovo YOGA or simply as YOGΛ) is a range of laptop and tablet computer products from Lenovo, named for their ability to assume multiple form factors due to a hinged screen.

Ultrabook-class convertible device that can be used as both a tablet and laptop computer.

–  a private social network that lets individuals within an organization collaborate. Stay connected by creating groups, sharing information and ideas and organizing projects

Wanna peep into my 2019 Y Tiffin post for tiffin treats…