A must watch, a should watch, Do watch.
“Breathe” is a very touching story which you live in each series. 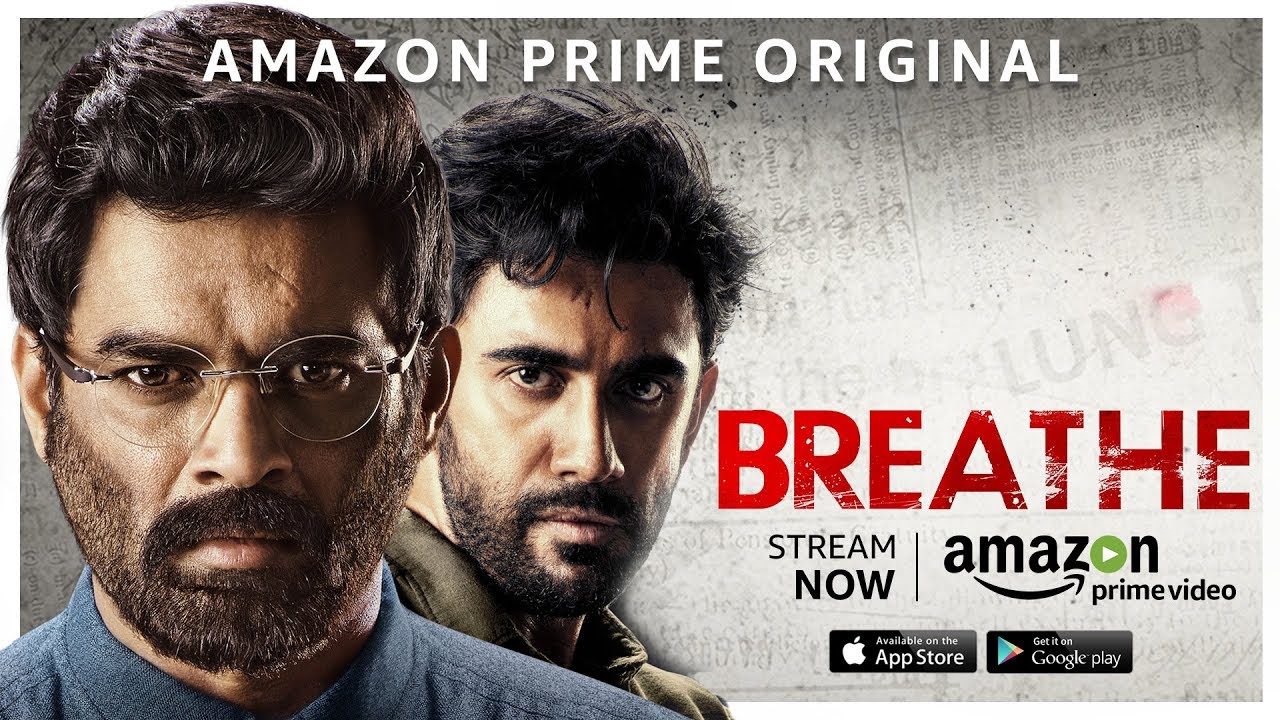 pic courtesy – amazon
I am touched by the plot, and the general trivia was and added interest to read.
A father’s struggle to save his dying son.
Madhavan rocks as always, and stays my favorite yet gain.
Another father’s struggle to rise beyond guilt of his lost daughter.
Amit has done a wonderful job as a cop, and stands the best.
My journey to Breathe began with just one episode, and in general practice as it is, i decided to see another episode the next day, but the story kept revolving in my mind the whole day till i was back to screen next day. It again was interesting and i started imagining characters. Again after 37 minutes I decided to switch it off, and decided to come back again. But after few minutes I was living it. So next was that I was glued to screen till i had finished all 8 episodes in one single sitting, i think it was 2 am at night when i was over it. But then the sleep was gone as story was around me i felt.
Its was a best web series i had experienced. A strange plot but interesting and intriguing about two fathers and there different struggle to cope with life.
Apart from saas bahu, or ghost stories this was realistic and touching to core.
A good thrilling kick after a long time, which was missing from Indian cinema.
No doubt Abunduntia Entertainment, the makers of movies like Baby and Airlift had already proved there excellence.
Full credit to writer, director Mayank sharma who kept me hooked to screen.
I pledge this day to donate my organs, very inspired even if there is lot negative going on in this field.
An interesting intriguing plot that holds your BREATHE!