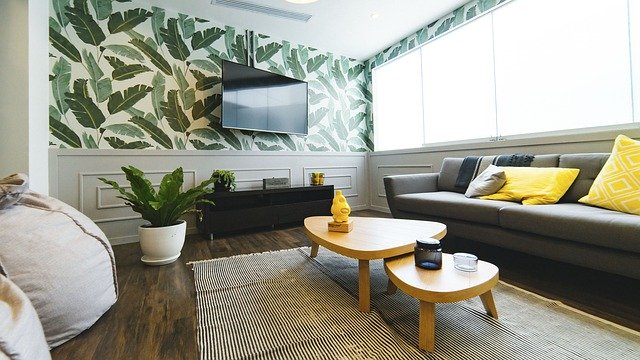 When true events are reworked on screen I’m always up for it. And if it’s of times I had lived it amuses me more to such new drama films. Thorati is one such Tamil drama that lives the life of goat-herders in the rural framework of India. It showcases the southern regions of Tamilnadu including Ramanathapuram, Madurai, Dindigul, Pudukottai of the 1980s. Directed by Marimuthu and produced by Indhu Karunakaran it is drawn from some real-life experiences. 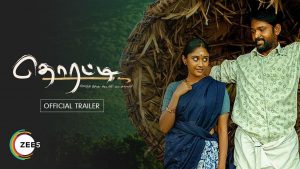 Thorati is a tool with a stick with a sickle attached to its one end which is used often by goat herders. The film’s exponents are these goat-herders who sustain cattle feeding on farmlands and enrich their farm soils. Thorati with metaphor to the tool is a similar story of two families one of Mayan’s (shaman) and other of semponnu (Sathya Kala).

Throughout the movie thorati the tool is recurringly showing its importance. Mayan holds it to stand sleep, even it’s used instead of the groom and such similar incidents. Thorati is used to protect and keep the goats in control from wandering, which is a perfect metaphor used cleverly for the movie title and story too.  The cinematography of the movie has been spot on, capturing the beauty of the village perfectly. Even thoratti songs by Ved Shankar are well captured in village beauty. 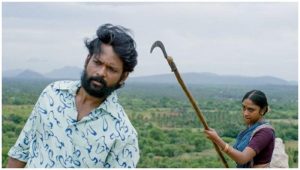 Real people, real-life stories, love stories, traditional India and its superstitions, local life of goatherds in the 80’s in Tamilnadu, make it connected and an interesting movie. A story of friendship and love, an intense portrayal of revenge and betrayal where else but now streaming on ZEE5. So don’t miss this tale of Mayan and how he understands different people in his life.

The landscapes and location are typical in village-based drama movies. The characters are well portrayed and the dialect used is also well-taken care with rural connect.

The lead actor who also doubles as the producer of the movie, Shaman Mithru stated that characterization of the movie is on the similar lines of Paruthiveeran and Subramaniyapuram. Director has successfully translated the real-life experiences of rural India and the lives of goatherds perfectly on the screen.

Watch how Mayan (Shaman Mithru) who lives a simple life of a good goatherd, gets affected post-marriage due to a past friendship with a thief’s trio. Mayan is a simple character and impresses throughout. Sathyakala’s bold character completely steals the show effortlessly. It’s an old school rural charm – drama movie. Watch now on ZEE5, The effortless and strong performances by the cast are the highlights of the movie.

To sum up, an engaging – emotional – epic – real-life – content-driven tale on screen.

You may enjoy reading: ‘Weekend movies for kids‘.